I hurried forward. Not daring to look back, I felt I had no real choice but to move forward as quickly as possible. What was I afraid of, though? An interaction with a person who had clearly expressed their desire not to speak to me? I wasn’t sure, but I pressed on. The heat made this acceleration relatively unpleasant but, almost in spite of myself, I accelerated even more. She was still there. When I finally put my hand on the door handle of my hotel room with the impatience of relief so close at hand, I froze for a moment, realizing what could have happened. Dozens of movie scenes telescoped within me and before my eyes was my ransacked room. I pressed the handle. It was nothing of the sort. I was not reassured, however. I freshened up and ran back to Franz, convinced that this was probably the last time I would see this room in a state of tranquillity.

On the crowded pavement where I met him, I described to Franz both the story and my feelings about it. The words of a friend who is an investigator came back to me at that very moment: “you go into paranoid mode and then everything becomes suspect”. His research mode became an emotional reaction for me. I felt watched every second. Spied on. Franz mentioned the name of my hotel and said: “There’s one just across the street. The Akademie-Buchhandlung, he added, was one of the BND’s many front companies. This small, now disused bookshop advertised itself as a mail-order business in the 1950s, which would have discouraged anyone from entering. The vacant, dark and dusty space had not caught my attention, but the bare neon sign above it did. Its melancholy had echoed in me a raw minimal aesthetic that I loved.

The now empty sign took me back to my first conversation with Franz, two months earlier, when I was trying to meet the man through whom the scandal had come. At that time, a bill concerning the official extension of police surveillance to postal and electronic mail was generating controversy. But in parallel, another controversy was raging. It was said that the
Frauenkirche—Munich’s cathedral and city landmark—was itself a node in the BND’s surveillance network. And it was Franz who had leaked the information a few months earlier during a late-night radio interview. It took a few weeks for the mainstream media to pick up on it, as the nightly art shows were probably not the most listened to. The Bavarian Catholic authorities were quick to react, urging the removal of the radio apparatus from the bell tower. The BND issued a statement denying this and gave contradictory instructions to its agents, asking them to answer negatively to any questions until the device had been removed.

Whether it is a matter of linguistic obfuscation, almost obvious aesthetic neutrality, or concealment too manifest to be visible, the BND’s stealth tactics have not changed much since its creation. Nor has the surveillance of those who try to uncover them. The north tower of the Frauenkirche was, and perhaps still is, one of the links in a self-serving surveillance network. As a sign par excellence, a physical expression of divine power, Munich’s cathedral would be the only religious building to have been used for this purpose. As far as we know. Its 98.57 metres of symbolism made or make it possible to pick up and transmit the conversations of the agents who were or are monitoring other BND agents as well as journalists, such as the one who, together with Franz, discovered the existence of this surveillance apparatus.

The Frauenkirche is a notable exception in a building stock characterised by architectural tepidity. It never housed any BND employees, only the radio equipment they used. The Federal Office for Special Assets. Federal Administration, Department for Special Assets. The Federal Office of Financial Services, Central Services and Open Assets, behind its gleaming windows, is not only one of the main BND office buildings in the city, but also the employer that agents report to the tax authorities. Other departments at the same address, Franz explained to me, take care of officers who are under arrest, those who are no longer able to work, and students who join the ranks. I undertook to ask him about the building we had just entered; a building in which, according to his information, many underage refugees had been questioned in recent years. Was the promise of a residence permit in exchange for some information usually honoured? It was difficult and yet at the same time almost too easy to imagine these scenes in the green carpeted office we had just entered. 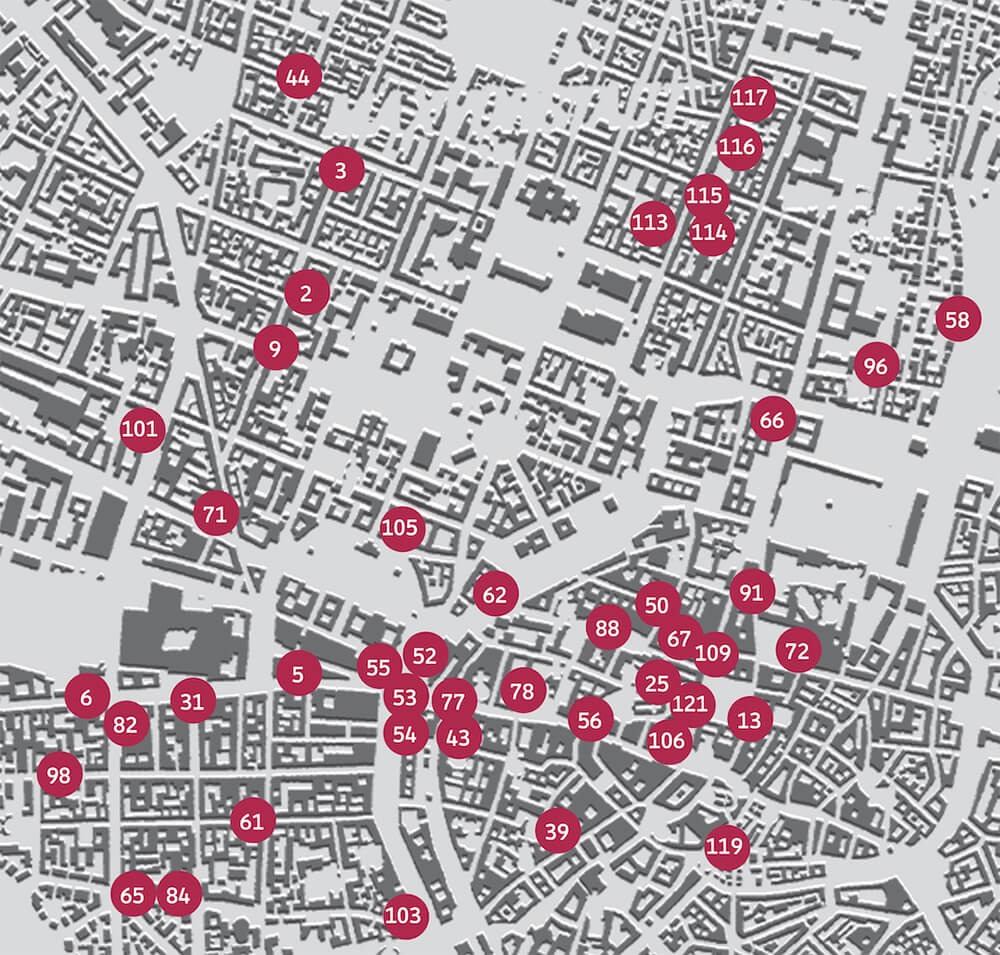 Click on the image to open the Secret Guide map by Franz Wanner.